WiredTiger also offers document-level concurrency. It assumes that two write operations will not affect the same document, but if it does, one operation will be rewind and executed later. That’s a great performance boost if rewinds are rare.

WiredTiger supports Snappy and zLib algorithms for compression of data and indexes in the file system. Snappy is the default. It is less CPU-intensive but have a lower compression rate than zLib.

How to use WiredTiger Engine

MMAP is a pluggable storage engine that was named after the mmap() Linux command. It maps files to the virtual memory and optimizes read calls. If you have a large file but needs to read just a small part of it, mmap() is much faster then a read() call that would bring the entire file to the memory.

One disadvantage is that you can’t have two write calls being processed in parallel for the same collection. So, MMAP has collection-level locking (and not document-level locking as WiredTiger offers). This collection-locking is necessary because one MMAP index can reference multiples documents and if those docs could be updated simultaneously, the index would be inconsistent.

All data is stored in-memory (RAM) for faster read/access.

A key-value engine created to integrate with Facebook’s RocksDB.

A storage engine created by SanDisk that makes it possible to bypass the OS file system layer and write directly to the storage device. 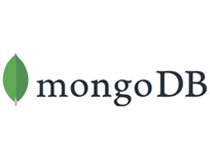 MongoDB Backing up and Restoring Data